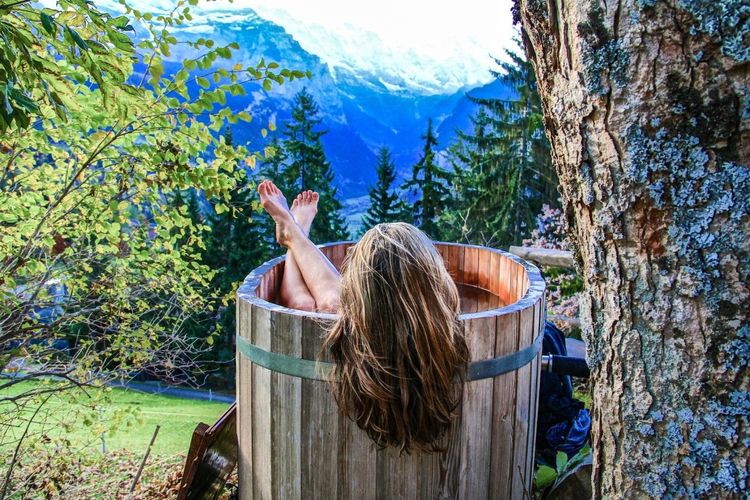 By switching to shampoo and conditioner bars you can have an immediate impact on the reduction of single use plastics waste. That just makes sense.

Don’t be fooled by homemade Syndet Shampoo Bars that many tout as natural; Syndet stands for synthetic detergent. Sure, you’re reducing the single use plastic bottle, but you’re still exposing yourself to many of the chemicals found in commercial liquid shampoos.

I did some research about the chemicals found in commercial liquid shampoos. Here’s what I found.....

Sulfates are very strong detergents that bind with the oils on your scalp and with water. When you rinse out the shampoo, sulfates take all the oils and residue with them. But while cleansing, they can also damage the hair, make it brittle, and increase frizz.

Sulfates are also used to create a lathering foam, but this has toxic effects on the your body. Anyone with colour-treated hair or dry hair should definitely avoid SLS, as it can fade your colour and strip your strands of natural oils.

Parabens are used as a preservative to prevent bacteria from growing in liquid cosmetics and shampoos. Parabens can mimic estrogen and have been linked to increased growth of breast cancer cells.

Sodium chloride is another name for salt, mainly use to make shampoo thicker. Salt can make an already-sensitive scalp dry and itchy.

PEG is a thickening agent derived from petroleum that is often contaminated with byproducts.

DEA and TEA are also emulsifiers and foam agents. In 1998, researchers found a link between the topical application of DEA and cancer in animals, but the effects on humans are unclear. The European Commission has banned DEA in cosmetics.

Formaldehyde is a known human carcinogen and has been proven to be absorbed through the skin in animal testing. Manufacturers often add it to shampoo products as a preservative. A common formaldehyde in shampoos is quaternium-15.

Fragrances are man made liquids to mimic a desired aroma. These man made fragrances can contain thousands of hidden chemicals. Some ingredients in fragranced cosmetic products can disrupt the reproductive system and cause cancer or asthma. It’s exposure to fragrance oils that give people that awful breathing trouble. They can also irritate the skin.

Most shampoos and conditioners contain synthetic colour to make them look nice. These colors come from petroleum or coal-tar sources, all of which can have harmful health effects.

Dimethicone is a type of silicone that is used in most commercial hair products. The silicone coats your hair strand with a protective cover but this coating stops moisture and nutrients from coming in and instead collects dirt and residue. It can also clog the pores on the scalp and cause skin irritation.

Cocamidopropyl betaine is another foam booster. Although it’s derived from coconut oil, it can still have negative effects. This surfactant is used in hair products along with dimethylaminopropylamine, which can cause skin irritation, allergies, rosacea, and eczema.

Triclosan was banned from being used in antibacterial soaps in 2016 but is still allowed in toothpaste, shampoos, and deodorants. It’s a chemical antibacterial agent known to cause hormone disruptions, which can lead to cancer and affect fetal development, among other things.

Retinyl palmitate is the ester of retinol combined with palmitic acid. It’s a known skin irritant that can cause peeling, scaling, redness, and itching. Side effects of retinyl palmitate may include cancer, reproductive problems, and organ toxicity.